Connecting with the Past 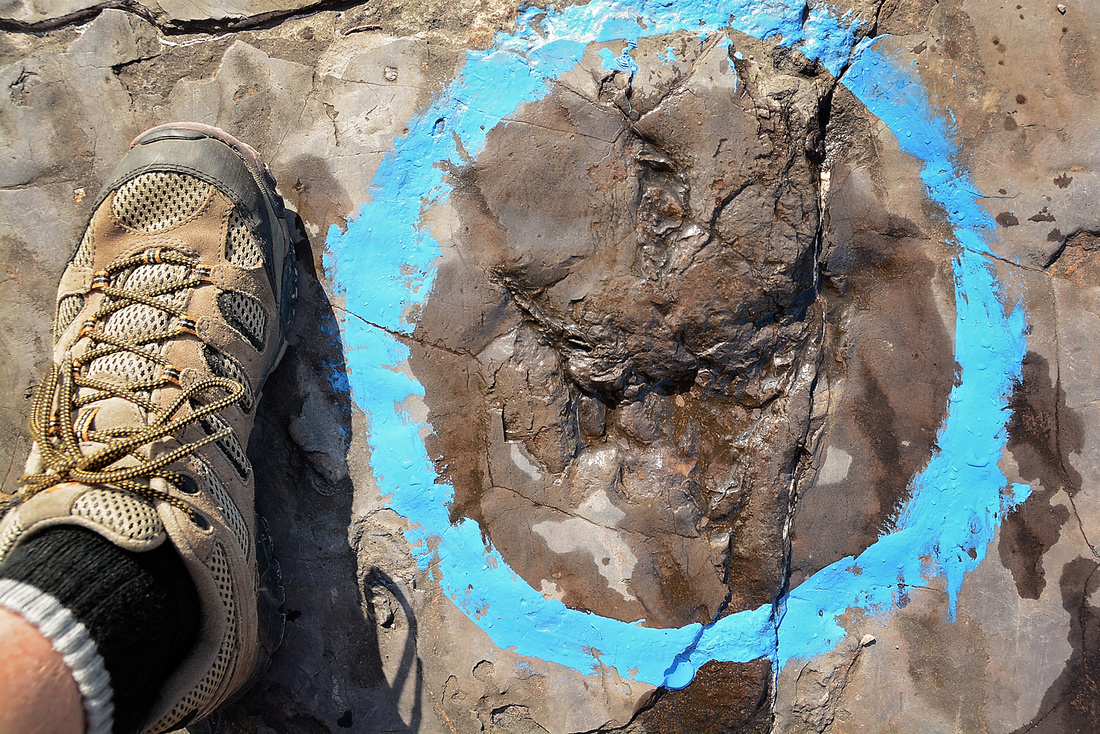 About 210 million years ago, toward the end of the Triassic period, a three-toed dinosaur known as a Coelophysis walked through a mud flat. He was most likely searching for food or evading being food, as those were very popular dinosaur activities at the time. The unremarkable tracks of our three-toed friend were forgotten the moment they were formed, destined to dissolve easily with the two things that erase history best: water, and time.

The continents during the Triassic period were still all part of the supercontinent Pangea. Time trudged on. And on. Tectonic plates shifted imperceptibly over staggering spans of time, and the earth’s land masses began to take the shapes we now recognize. Sediment filled the impressions made that day in the mud, and layers upon layers of earth accumulated and compressed until stone was formed.

Eons passed. Sixty-five million years ago an asteroid slammed into the planet and precipitated the end of the dinosaur age. By the time humans came along so many millions of years later, the tracks made in the mud flat that day were locked and hidden more than 250 feet beneath the surface in modern day Virginia.

Civilization took hold and grew and the spot that once was a stretch of mud flat in Pangea ended up being a quarry. Layers of stone were blasted loose, crushed for gravel to make roads and hauled away. Deeper and deeper, for decades, the blasting continued. In 1989 a hole was drilled into the rock for explosives that went just an inch or two past the level of the tracks. When the loose rock above it was removed, water remained behind. The company pumped the water out overnight.

The next morning, April 28th, 1989, Robert Clore, now an affable old-timer with pure white hair, weathered features and the hands of a man who has worked hard for a lifetime, descended the 258 feet to the bottom of the quarry and saw something no human had laid eyes on before. The surface had dried, but water was left behind in the impressions.

The tracks looked to Clore like giant bird tracks in the stone. He noted the find in the journal entry he made that day, sandwiched between mundane quarry business entries.

Over the next decades, paleontologists came and studied and classified and removed some of the tracks, which ended up being nearly 2,000 in number – the largest concentration of dinosaur tracks in North and South America. The company sold the land to Luck Stone who continues operations there now, and along with the Museum of Culpeper History, invites the public to see some of the remaining tracks one day a year.

And so it happened that after an unimaginable journey across time and space, I placed my foot next to the footprint of a long dead animal of a long extinct species in a long forgotten land. And in that moment, my foot in the exact spot, I connected with that animal, with that time. And history – prehistory – came alive.