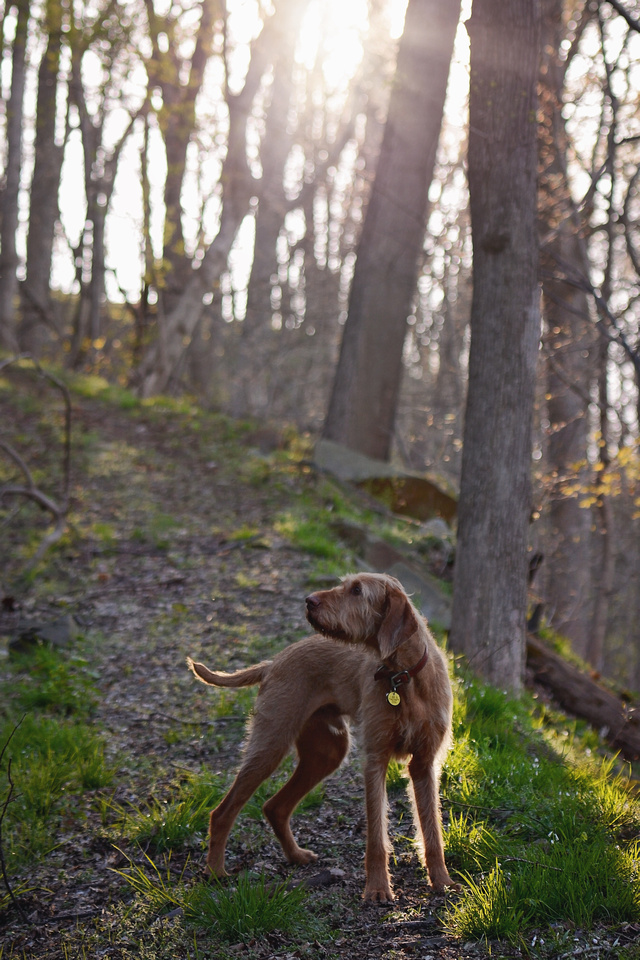 He was three when I drove to Illinois to bring him home. He had a different name which I have never spoken aloud to him, so he's stuck in a car with a guy who seemingly doesn't even know his name. But I talked to him a lot while we drove. Mostly small talk the first leg of the trip, like an Uber driver would do. "You comfortable back there? Want me to crack the window?" We stopped at a hotel for the night, and I put Finn on the hotel bed, promised him I'd be right back and told him to stay while I went out to get a pizza. When I returned, he was still sitting on the bed where I left him, ears up and tail wagging.

And so it has been with every other thing I have asked this dog to do. From adjusting to his new name and a home full of dogs, to riding quietly in a kayak when he really would rather be swimming, to sharing his gift of comforting strangers who can feel the pureness of his heart the moment they meet him, he has done every single thing I've asked of him with enthusiasm and devotion.

I love my dogs, and they are all special in different ways. So I can say this without taking anything away from Winnie, who is my kindred spirit, or Winslow, who is in a class by himself. But Finn, well, Finn is just the best dog.

On the second day of that first trip home from the midwest all those years ago we stopped at a park to eat a lakeside lunch and take a break from driving. I went to take a picture of him sitting across the picnic table from me, and when I put the camera to my face he snagged my sandwich and threw it down his gullet like a pelican. *So* fast. It made sense, I mean everything else for him was changing. Maybe he thought this is how meals are to be served from here on out.

He is ten years old today. Tonight I will spend some quality time with him, throwing the ball, wrestling, letting him on the couch for some TV time.

Then I think I'll make him a sandwich.