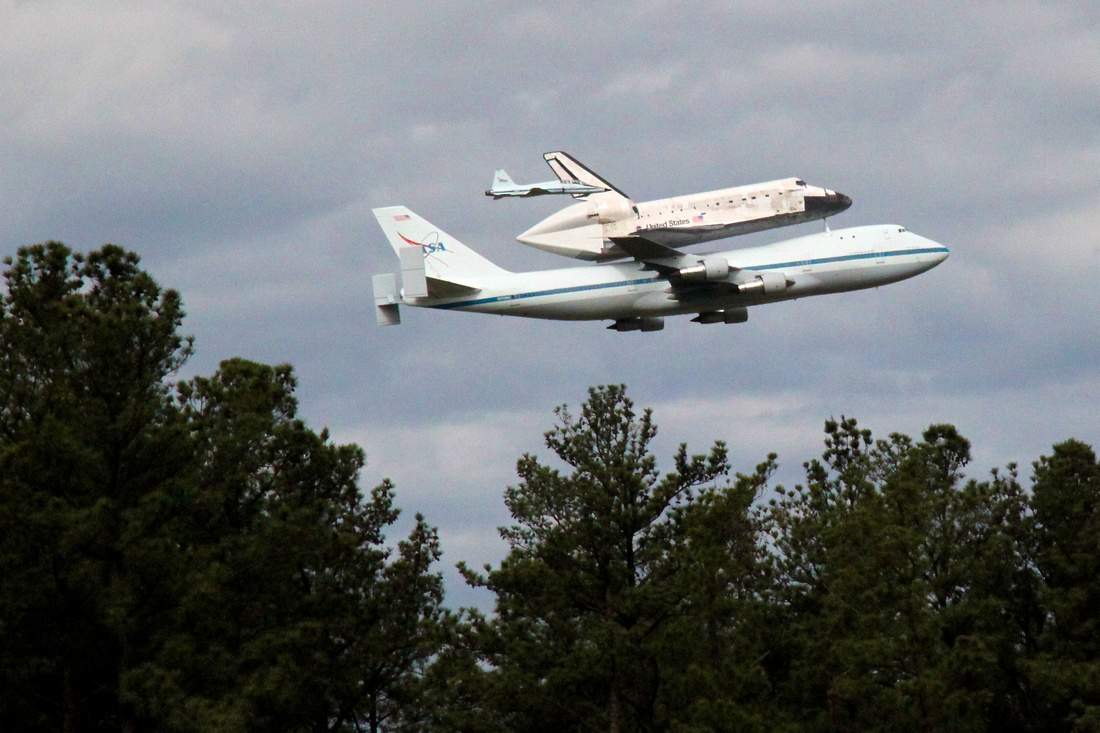 The Space Shuttle chapter in American history is one rich in pride and pain. And, sadly, it is one that can at last be written. The shuttle Discovery felt the atmosphere push across her wings — albeit a little more slowly than she’s used to — for the last time today.

Much of the Washington, DC area got to see the spectacle of the shuttle, affixed to a 747, being escorted by a T-38 Talon as it flew over the city and surrounding suburbs in multiple passes before landing at Dulles International Airport. In the coming days, it will be de-mated from the carrier craft and towed to the adjacent Steven F. Udvar-Hazy Center of the Smithsonian’s Air and Space Museum. This, by the way, is a wonderful museum I highly recommend.

As I waited along with many thousands of others near the airport for Discovery‘s arrival, I spotted a little girl dressed in red, white and blue, waving a flag, absolutely giddy with excitement. The atmosphere was infectious. People in the midst of a traffic nightmare, eager to find a vantage point but without a hint of aggression or impatience, met strangers in the cars next to them and smiled in anticipation. We had gotten here in time. We were going to see it. We were all going to see it.

In 1986, the Challenger disaster forced the suspension of the shuttle program for nearly three years. And in 2003, when the Columbia and crew were lost on re-entry, the program was again suspended. And in both instances when it came time to return, with tragedy still clear in the national memory, the question was hard not to ask: Why do we do it? And in both instances, the same craft served as the Return to Flight ship. And the answer to the question was painted on its side: Discovery.

Whatever the future of space exploration holds, it will not involve the shuttle. But Discovery served us well, and will serve us again as millions of people will now get to see it. Years later when I return to the museum and stand in Discovery‘s shadow, I will think of this day. I might even wonder where that giddy little girl is. Maybe her experience alongside Rt. 28 today will shape her career. Maybe she will be one of the next generation of explorers, the next to return to flight.