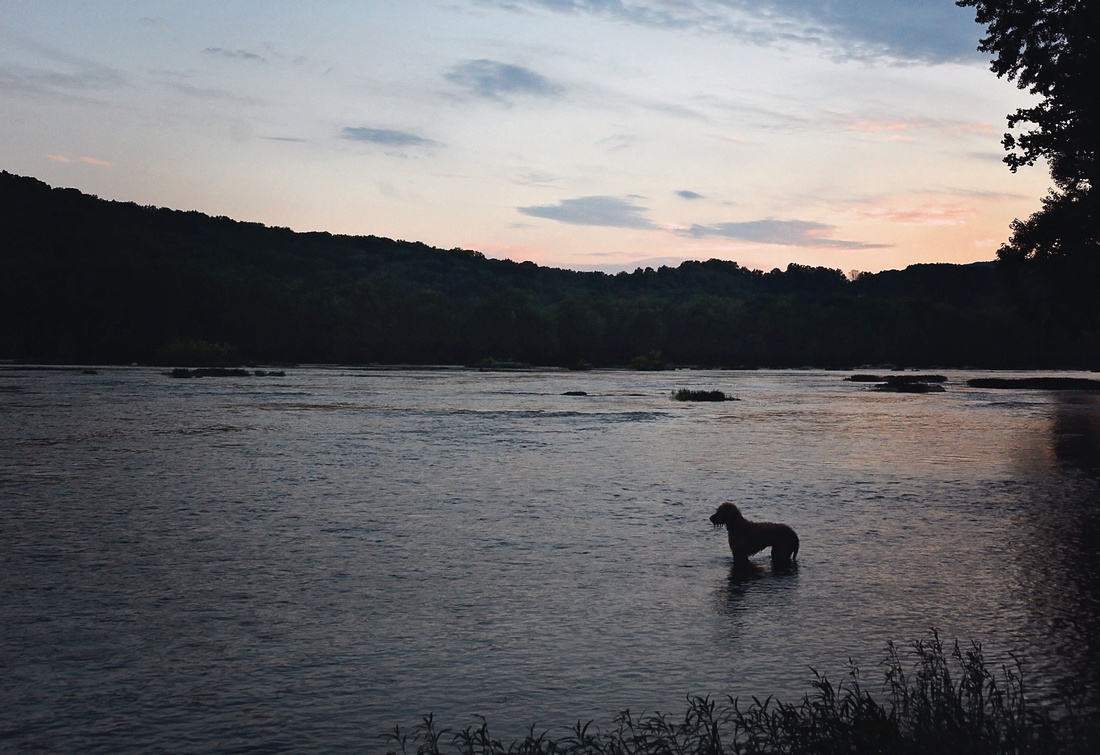 I asked her what she wanted to do this evening for her birthday.

She thought for a second and asked, “Anything? Whatever I want?”

Then she told me quietly, what she wanted to do more than anything else, was to wade up to her chest in the river, and stand there until the sun went down.

Who am I to judge? On my seventh birthday I asked for meatloaf.

I brought a toy to throw in case she got bored, but she didn’t.

After a while she turned to me and said, “In rivers, the water that you touch is the last of what has passed and the first of that which comes; so with present time.”

We laughed and laughed.

Then we both turned back to the river, and watched until the sky and the water were the same color.

And then we went home.

David Keuhner(non-registered)
Love this. I’m so sorry and I know how much you love all your dogs. RIP Winnie
Nicole Balding Roca(non-registered)
A beautiful piece, a beautiful moment. How often do we truly listen to our dogs?
No comments posted.
Loading...
© Ed Felker
Powered by ZENFOLIO User Agreement
Cancel
Continue