Sometimes Nature Just Punches You In the Gut 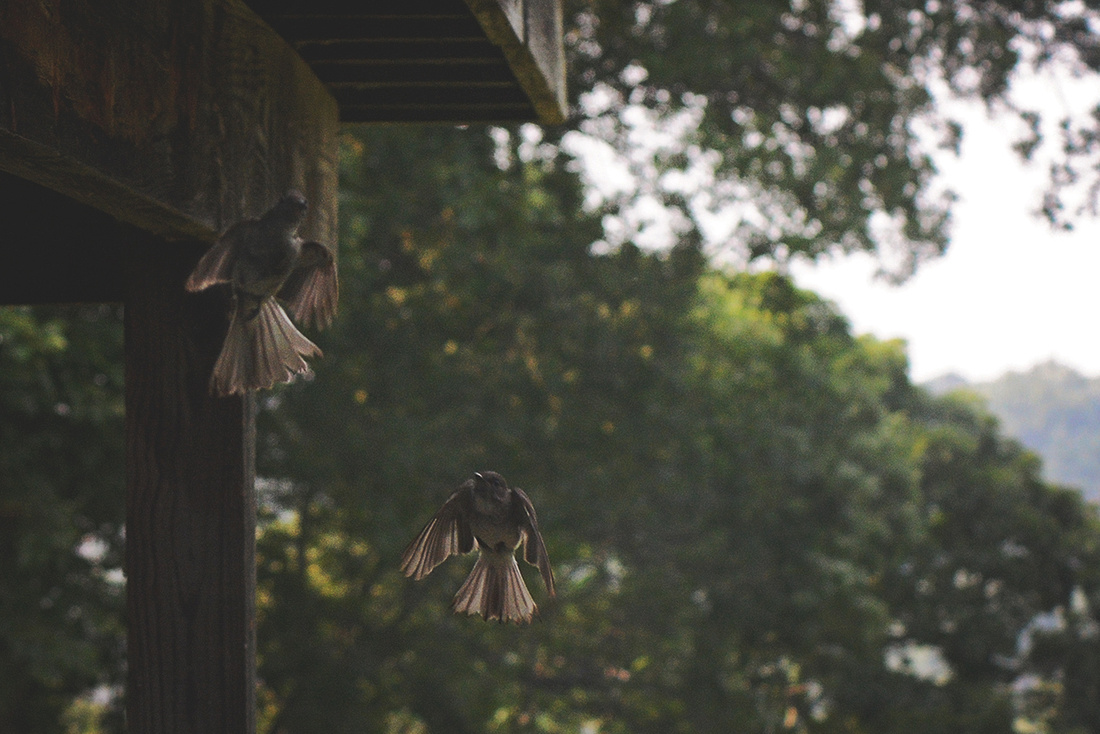 These are Eastern phoebes, hovering over her nest that was, until just minutes before, filled with chirping chicks waiting for an insect delivery.

What came next is a scene that unfolds countless times every second of every minute of every day in every corner of this planet. Even under the protective shell of my back deck. Predators prey. Nature eats. Life is a circle. I looked to the nest, looking for the blind, ugly balls of half fuzz. Instead I saw a rat snake, replete with phoebe chicks. My phoebe chicks. I was just moments too late.

My mind tells me, snakes gotta eat too.

My mind tells me if I had gotten home a half hour earlier like I usually do, I probably still wouldn’t have been able to stop it.

My mind tells me the Phoebes who raised the chicks are simply confused. That they are chirping, hovering, searching, out of instinct. That they still go search for, capture and deliver insects for their former brood, out of the pure mechanics of nature. Out of something other than grief or despair. That the concept of hope is infinitely beyond their grasp, so it is not theirs to lose.

My mind tells me that four surviving birds out of ten total eggs in two broods is actually pretty good.

My mind tells me that any ‘bond’ I’ve built with the Phoebes who inhabit and populate the nest outside this office door is a creation of that very mind. That though I am vigorously protective of them, they neither sense nor rely on my protection.

My mind tells me that the chicks will help sustain a strong, beautiful snake, and as she rests and digests in that hole in the cool earth beneath the deck, she may someday make her own eggs with the help of those nutrients. And that I will encounter the healthy offspring of this snake for generations to come.

My mind tells me that by tomorrow my phoebes will lower their gaze from their empty nest and resume hunting insects for themselves. Not out of courage or bravery, but simply out of survival. And that by tomorrow I, too, will be going about my normal routine.

But my heart? My heart flat out aches tonight.