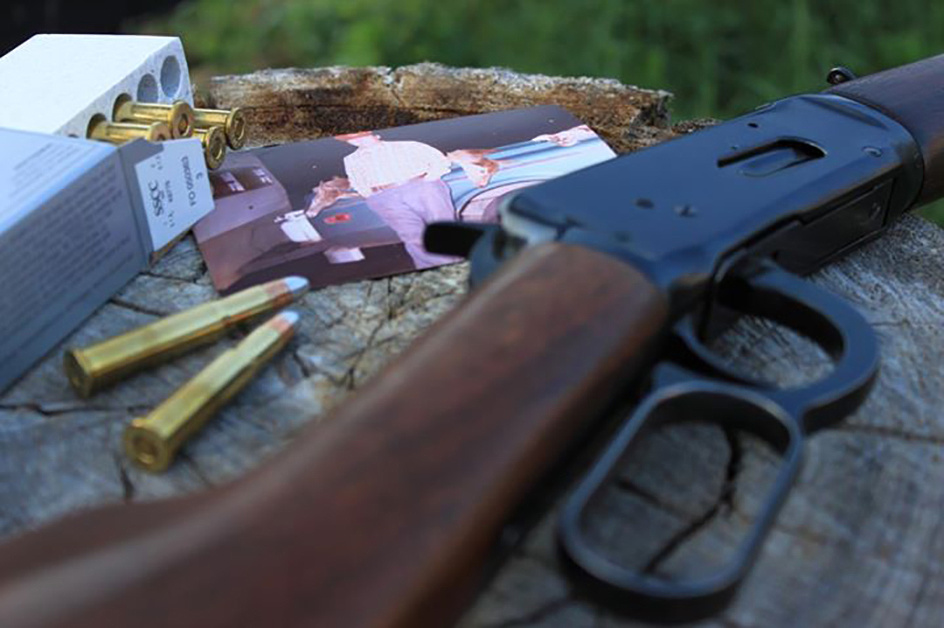 Summer isn't over yet, but the first cool hint of autumn rolled through here this morning. As I stood on the porch watching the deer in our yard, I found myself feeling a little nostalgic.

I’ve watched many generations of whitetail deer being raised on our property and in the neighboring pines. I watch them lose their spots, gain their legs and grow to leap the paddock fence with effortless grace.

Often I think about my Dad, and how much he would have loved it here. He was an avid hunter and outdoorsman, and fall was his favorite time of year too. He was outdoors all year long, but he was – as I am – happiest in crisp air, with colored leaves under foot. He seemed to laugh more loudly and more easily during hunting season. When he and his friends would come back from a weekend trip, my Mom would sometimes let me stay up late to be with them in the driveway. They would laugh and drink and tell stories as they admired their quarry in the bed of a pickup.

So I grew up around guns, and my father collected his fair share. Of all the guns in our house, though, his deer gun was my favorite. It wasn’t the biggest, or shiniest or most powerful, but the Winchester Model 94 that hung above our fireplace - the only gun my Mom permitted to be displayed beyond the confines of the basement - truly stirred my imagination. To me it was the Wild West, straight out of the movies.

Hanging on the mantle it is appealing enough – a beautifully proportioned blend of walnut and worn, blued steel. But in motion it becomes a thing of wonder. The action of the mechanism as you work the lever is astonishing – at once complex in its precision yet remarkably simple in purpose. Eject the spent shell. Feed the next round. Repeat.

But I never went deer hunting with him, and in the countless times we went shooting together, I never saw him take a shot with that Winchester. When he died of cancer at age 42, we had to sell off most of his collection. A few special guns, though, went to close friends. The Model 94 was sent to a dear cousin of his who had long admired it.

A few years ago, when my Dad’s cousin also sadly passed, his wife tracked me down and told me she had a gun that belonged to my Dad. Her husband, she told me, had wanted me to have it. She said she didn’t know anything about it, but it’s “the kind with the lever thing on the bottom.”

I immediately arranged for its transport from Wisconsin to Virginia. And now that mechanical marvel, that art object, that heirloom, sits in a safe in my basement. The only gun of my Dad's I own.

For over a hundred years, it is often said, the Winchester Model 94 has taken more North American whitetail than any other gun.

And in the crisp morning promise of approaching Autumn, I think I want my Dad's rifle to take one more.

The gun is now nearly 70 years old, but I know for a fact it shoots far straighter than I can. My limited hunting experience, however, has consisted only of birds. And preserve birds at that. Deer hunting is an entirely new prospect for me.

To be honest, I am more than a little uneasy about it.

My friend and neighbor is a big deer hunter, though, and he said he would help me. He will set me up in a prime spot, at the best time and, if I can get a deer, he’ll gut it for me. But, he warned, he’ll only gut the first one.

I think about how much he would be pestering me during deer season to come out. I imagine he’d bring a cooler of beer – Pabst Blue Ribbon, most likely – and some cheap cigars for after the hunt. We’d clean the guns and lean on a tailgate and tell stories about all that has happened in the thirty years since he died. The Nostalgia of Lost Time. I can’t get it back with a dead deer, certainly, but the idea has a sort of cyclical appeal to it.

So in the coming weeks I'll be sighting in the rifle to a hundred yards. Time will tell if I have the eye, or a fraction of my father’s steadiness or instincts. Or the stomach for any of it.

I'm five years older than my Dad ever got to be, so it'd be a nice gift for him, I think, if I at least tried. And if I fail, well, I did spend enough time watching him and his buddies in the driveway to know this: as much as he enjoyed a beer raised in congratulations, I think he probably appreciated even more, a beer raised in friendly ribbing over a story of the one that got away.

Made me cry!! Thanks for sharing your gift with all of us
No comments posted.
Loading...
© Ed Felker
Powered by ZENFOLIO User Agreement
Cancel
Continue